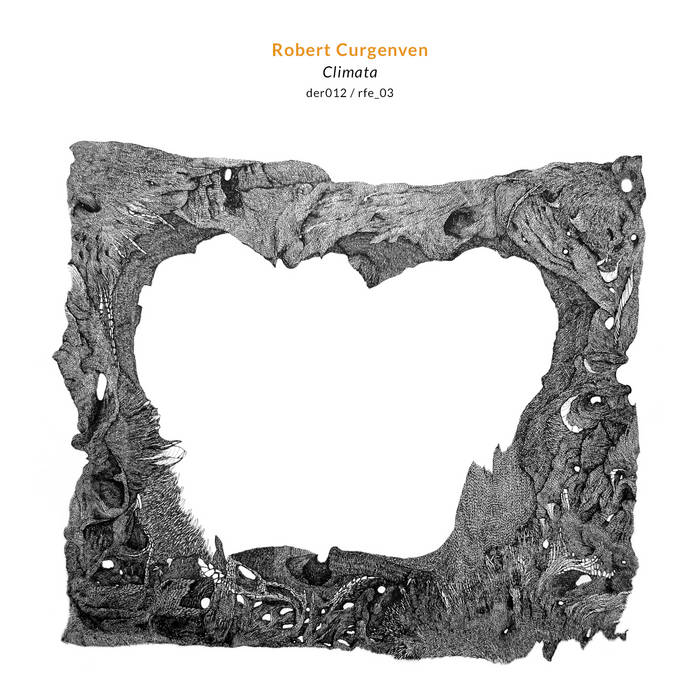 An album recorded one note at a time in 9 countries & 15 specific locations. No studio overdubs or effects.

The recording was undertaken in consultation with American artist James Turrell and the cooperation of the owners of 15 Skyspaces. Spanning contemporary art centres, private collections, national galleries and museums of modern art, the locations are spread across 9 countries in Europe, UK & Australia.

A Skyspace is an architectural light installation by James Turrell comprising a specifically proportioned chamber with a round, ovular or square aperture in the ceiling open to the sky and outside world. Climata’s unique recording process uses the aperture to allow us to hear the interaction of the Skyspace’s interior and exterior spaces plus - crucially - making the air in these spaces audible.

Recorded entirely in 15 of Turrell’s Skyspaces, the 200 site-specific microtonal recordings capture the Skyspace as an audible filter & resonant instrument.

Using the slightest of means (two custom oscillators and a portable speaker) Curgenven’s recording process uses two quiet tones tuned to the space to move the volume of air in the Skyspace through the aperture – bringing the space inside and outside the Skyspace into oscillation via the subtle physicality of sound. Through this process he tunes the air in the Skyspace relative to the meteorological conditions and the specific local sound outside - creating an interplay between the weather and the sound’s movement through these adjacent spaces.

The air oscillating through the ceiling aperture creates an audible phasing sound like a whooshing or fluttering - we can literally hear the air move. This sound is as loud as the sound outside the Skyspace and the quiet tones that cause this movement.

The inside of each Skyspace becomes like a single pipe of a pipe organ, a moving column of air, but rather than ranks inside a church these oscillating volumes of air are distributed throughout the world. The album layers these individual, unprocessed recordings together and we hear the movement of each volume of air as a space in a specific location: together creating a sounding of the world.

The term “Climata” itself refers to the ancient divisions used to map the inhabitable world, from latitude to the length of days. This mapping of the inhabited world is reflected in the selection of the specific 15 Skyspace locations recorded on Climata from 87 Skyspaces throughout the world. Climata’s Skyspace locations encompass far-flung rural idylls to the Swiss Alps and cities in both Hemispheres.

The two discs that make up 'Climata' were created to be played back to back or simultaneously, in any order and ideally on two sound systems. Together the two 58 minute CDs give rise to hours of unique combinations.

“Robert Curgenven uses sound to transmit something about the space in which sound occurs. He has a natural affinity with the artist James Turrell, who uses light to transmit something about the space in which light occurs… [on Climata] sure enough, your brain starts to conjure the space as you listen." - New York Times (USA)
“The sonic byproducts of sound installations can sometimes prove crushingly prosaic. It's a truism comprehensively overturned by Climata" - Wire (UK)
"epic masterpiece of stunning modern minimalism"
- Experimedia (US)
“the sonic equivalent of throwing dust into a room to reveal invisible presences” – the Quietus (UK)

An installation version of Climata was exhibited in the National Gallery of Australia’s Skyspace in 2015. A concert version of Climata had its premiere at Maerzmusik Festival’s ‘The Long Now’ at Kraftwerk Berlin, co-presented by Berlin Atonal Festival.

All audio recorded in 15 of James Turrell’s Skyspaces, in 9 countries. All recording done in-situ in the Skyspaces. No studio overdubs or recordings made outside Skyspaces. Recorded using only 2 custom-made oscillators via portable speaker with 2 x Rode NT2 microphones direct to hard-disk. Some recordings on Disc B made with oscillators via Genelec 7050 subwoofer, these tones may be inaudible without a subwoofer. A2 re-recorded in NGA Skyspace. A3 re-recorded in Järna Skyspace. B2 re-recorded in Ekebergparken Skyspace. Mixed and mastered in Cork (Ireland) and at Falmouth University, Cornwall (UK) via RME D/A, SSL 24 track console + Elysian Parametric EQs. No further effects or processing used.
© 2016 Robert Curgenven.