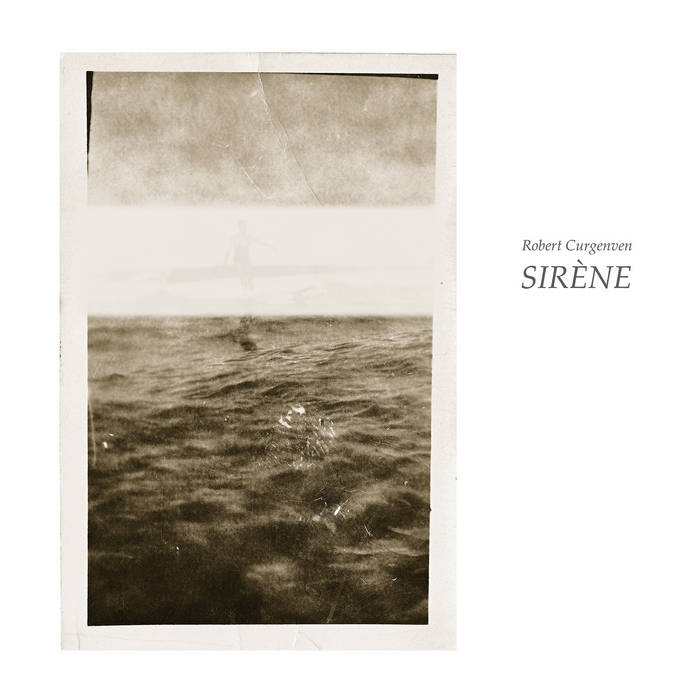 These pieces manage to evoke a fusion of serenity and stress; the chordal tensions always threatening to tip from harmonic balance to discordant release.

These are drones (of a sort) for our time, in that they strive for a sense of peace whilst never really managing to sustain it.

First time digital release following limited vinyl of this 2014 album of pipe organ works - for those who may have missed out or don’t have a turntable.

R E V I E W S
Mojo – ★★★★ "deep satisfying weight. The results gull the senses"
The Wire – “There is an epic quality to Curgenven’s conception, but also an awareness of the uncanny, as if he were triangulating between Homer, the Shakespeare of The Tempest and [Cornish writer] Daphne Du Maurier. .. remarkable music”
FACT magazine – “Curgenven really excels as he charms easily with a selection of expertly treated pipe organ recordings… his most definitive work today… astounding”
the Quietus - "A frequently beautiful, often overwhelming yet always intriguing record”
Boomkat – “gorgeous drone works, massively recommended… hovering mictotonal moire”

In Australia the discovery of a 1932 photograph of Curgenven’s grandfather - whose own grandfather had emigrated from Australia from Cornwall back in the 1870s - was the inspiration that brought SIRÈNE together. Five generations after that first migration across the ocean, Robert Curgenven was the first of his line to leave Australia, to return to the family’s roots on Cornwall’s Atlantic peninsula.

In Cornwall, living amongst country as wild as his former home in Australia’s Northern Territory, Curgenven returned also to his first instrument, the pipe organ. Here his ideas about composition, pursued since his earliest pieces made over three decades before, were consolidated though hours of recordings in centuries-old Cornish churches to become the selection of works on SIRÈNE.

In part a companion piece to a visceral album (rfe_02) about settler colonialism, SIRÈNE proves just as visceral in its own right. As with the Turner painting, “Snow Storm – Steam Boat off a Harbour’s Mouth”, that adorns the back cover and whose story is at the heart of an eponymous track which bodily charts this myth of biography, SIRÈNE sends listeners across roiling oceans billowing humid air, beneath plunging coastlines. Amid this elemental immersion, Curgenven asks what is it to belong to a land, or even to this ever-changing country?

Cornwall has been home to thousands of years of tin mining and a tin trade dating back beyond the Phoenicians. Legend has it that “Ulysses” epic told the journey west for tin to make bronze: the Isles of Scilly to Cornwall’s south-west, the treacherous home to the Sirens, where – like Turner – Ulysses tied himself to the mast, instead to resist their call.

Empires have come and gone, like Cornwall’s rugged granite cliffs, which once stood miles away in the days of Cornubia. As with the coast, the people have remained in a slow process of transformation - waves of imperialism come and go, like on Caliban’s horizon in his own Tempest. SIRÈNE is not a kind of nostalgia, but instead presents time, lineage, nationhood as a process and continuum of change.


Dusted – “Robert Curgenven has delivered one of the most exquisitely beautiful albums of 2014”
Gonzo (circus) magazine – “a provocative conceptual journey album”
Crow with no Mouth – “radiant, disquieting architecture"
OtoRoku/Café Oto – “Gorgeous collection of Curgenven's works for pipe organ (1983-2014) mostly recorded around his adopted home of Cornwall and produced to exacting spec (via a Rashad Becker/D&M cut no less) ”
Just Outside - "a fascinating chromaticism… A unique, superb recording. Don't let it pass you by."
The Field Reporter - "'Sirène' is abyssal, displaying an enormous force at work... a vortex of vivid sensations...”
Lend Me Your Ears - "it's hard to keep the jaw undropped at the flaunting of those powers"
ATTN Magazine – “restlessly harmonic clouds that sweep everything into a state of transience and circumvention”
Freq magazine – “an immense sense of gravity held in suspension… mind-boggling in their sheer presence.”
Fluid Radio – “often feels more like a force such as a tide or gale than a tone or collection of tones”
Infinite Grain – “Dense microtonal clouds, extensive harmonic sweeps and a constant and slow dance of surprises”
Norman Records – “One to avoid if you don't like drones, but if you do then there's plenty to get your teeth into here.”