They tore the earth and, like a scar, it swallowed them 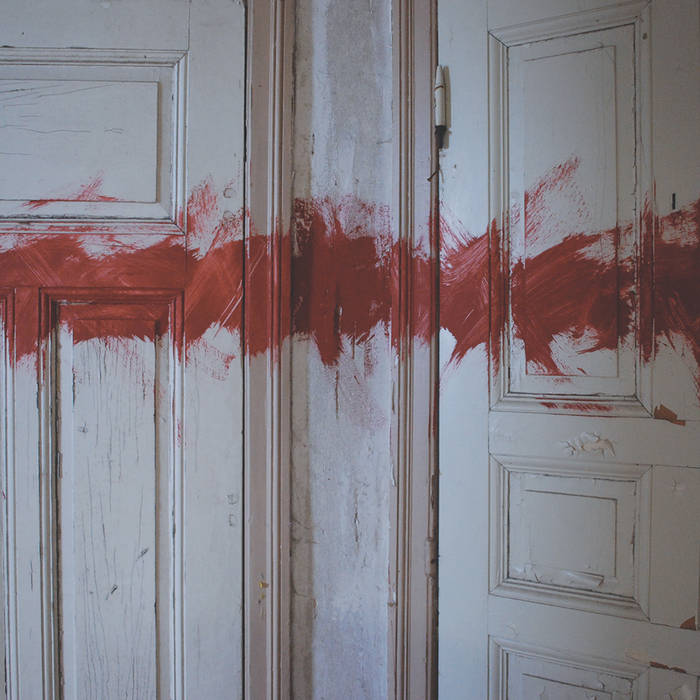 mobymoby ross clendinning I had a first listen without any briefing. Was transfixed. Will re-visit many times. The background references I've yet to read will no doubt only amplify. I think of Patrick White's "Voss" with the final track titled
"epilogue: a frontier approached, its retreat a mirror"

Revealing unseen worlds within remote Australia but also a colonist’s feeling of being physically and psychologically trapped within its’ vast deserts and endless savannahs.

A very physical negotiation of territories voided by history, rendered via carefully detailed field recordings gathered while living in remote areas of Australia, covering over 10 years and over 30 remote locations, alongside new work with pipe organ, guitar feedback, dubplates, turntables and low frequency oscillators. A 3 channel audiovisual installation from the album was exhibited at Wandesford Quay Gallery, Ireland (2017) & Blindside, Australia (2016).

"Imagine you have found a new country. To you and your fellow countrymen & women this new country appears empty. Perhaps there are some people living there, but you decide their culture is, perhaps, "unsophisticated". These people have had a long relationship with this seemingly empty country – for thousands of years – they understand and care for the country and in turn the land cares for them. So, you decide to invade/colonise this country. You need to clear this empty land to make it your own, ready for you to inhabit, maybe even make it more like where you‘re from. The place you left behind. This not only changes the land but also vastly changes the nature of the long relationship of those you’ve displaced. But this story isn't really about "them". It’s about you. As you colonise this new country, moving further into the interior, you soon discover that you are very ill-prepared for what turns out to be a harsh and hostile land. This story doesn‘t end well for anyone."

Amidst the heat and the dust, the embodiment of a rogue outpost of empire, in a landscape populated only by the insinuation of characters, the settler colonialists’ blind enactment of will and violence against and into an unforgiving, arid interior is the manifestation of a mortal struggle. This album plays out across four scenes, traversing the historical dynamics of the settler colonial trope through the eyes not of the invaded but instead the invaders of a hard and unforgiving land. This story is not about well-fought battles in a harsh land nor the romanticisation of ghost towns and spectral remains. Whether the settlers’ myopic, dogged attempts remain one short life’s span or “hard-won” triumphs last a few generations, the result is much the same: as their misplaced conviction in a “willful, lavish land” turns on them again, ravaging frontiers consume and erase these battles’ ruins, leaving little to tell, bar a scar where the drama played out in the wretched shadow of desolation.

The four scenes: the survey of a land assumed to be empty; the movement into and inhabitation of this confrontingly large, alien landscape and the colonists vague awareness of the underlying social landscape; a conflagration and the change in relationships with the land for all within this social landscape; devastation - of culture, citizenry, land - the inevitable decline.

A suggested reading & viewing list relating to the geopolitics, colonial and socio-political aspects of the album can be found at recordedfields.net/records/rfe_02